Com. R. N. Parashar, Secretary General and Com. Giriraj Singh, President NFPE met Member (P) Postal services Board on 23.09.2016 and discussed the GDS bonus ceiling enhancement case. Member (P) informed that as GDS Committee is functioning it is decided that the case is to be referred to GDS Committee for favourable recommendation. Accordingly the file has been sent to Chairman, GDS Committee.

Com. R. N. Parashar, Secretary General, NFPE discussed the case with Shri. Kamlesh Chandra, Chairman, GDs Committee. Chairman assured that Committee will examine the case and give its recommendation without any delay. As Nataraja Murthy Committee has made adverse recommendations, Shri Kamlesh Chandra has told that he has to study the whole case before taking a decision. The issue will be again discussed with Chairman, GDS Committee when Secretary General, NFPE and Com. Panduranga Rao, General Secretary, AIPEU-GDS are meeting the Chairman in the first week of October 2016.

After getting recommendation of the GDS committee, the file is to be sent to Finance Ministry for approval.

NFPE National Secretariat calls upon all Branch/Divisional/Circle Unions and Co-ordinating Committees to hold protest demonstrations in front of all Divisional offices and Circle offices on 3rd October 2016, protesting against the abnormal delay in granting enhanced bonus to GDs and also demanding immediate issuing orders for payment of enhanced bonus for the year 2014-15. 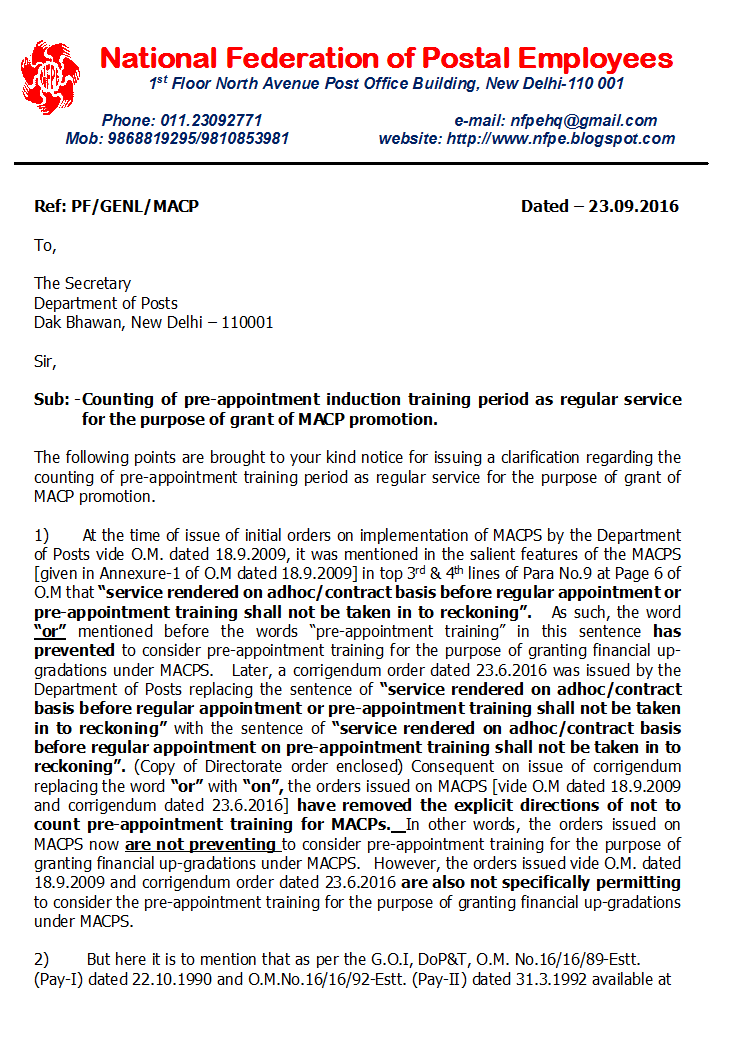 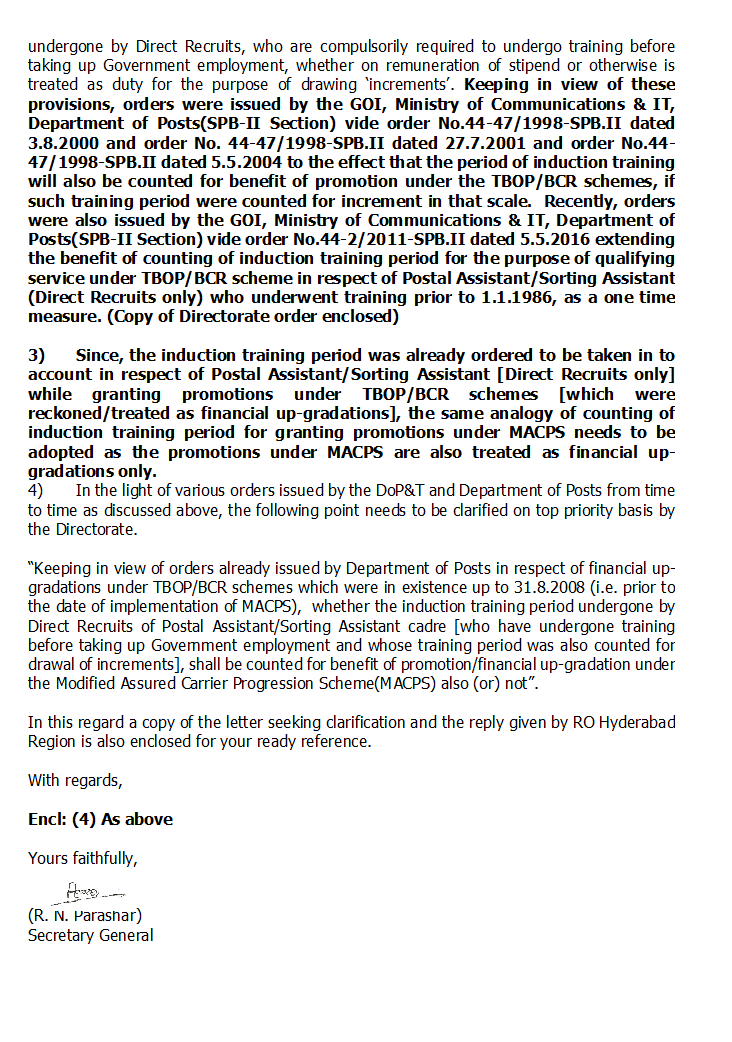 Posted by NFPE at 4:14 PM No comments: Links to this post 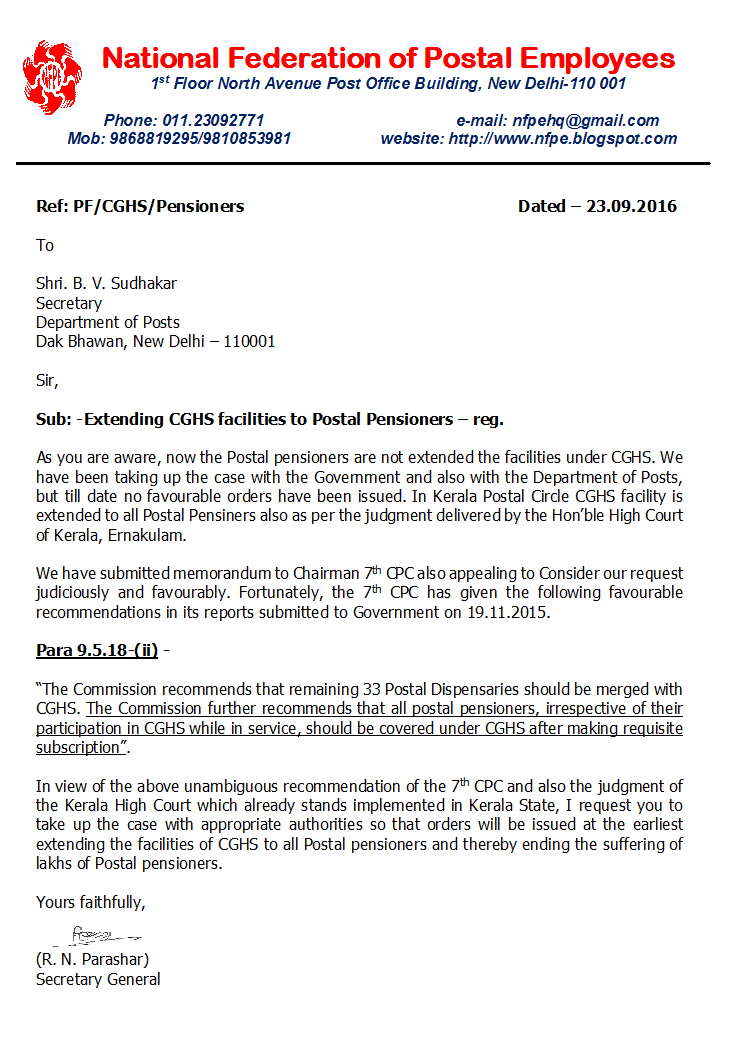 Posted by NFPE at 4:12 PM No comments: Links to this post

CITU DENOUNCE THE GOVT.ON A SELLING SPREE OF NATIONAL ASSETS THROUGH PRIVATIZATION OF CPSUS 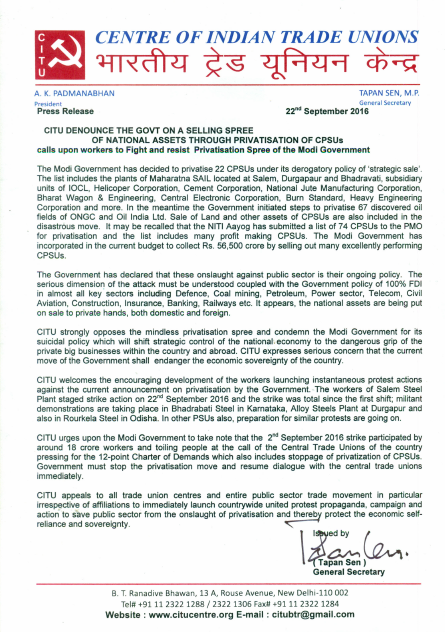