Posted by NFPE at 1:09 PM No comments: Links to this post 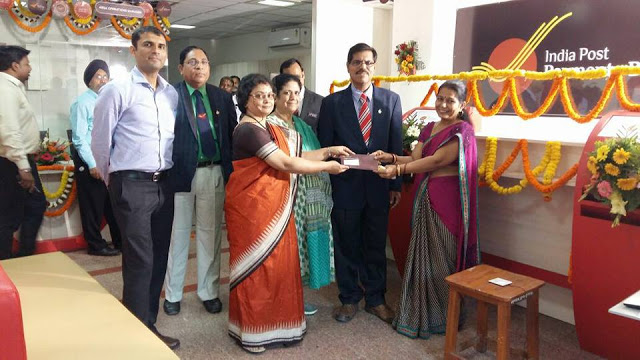 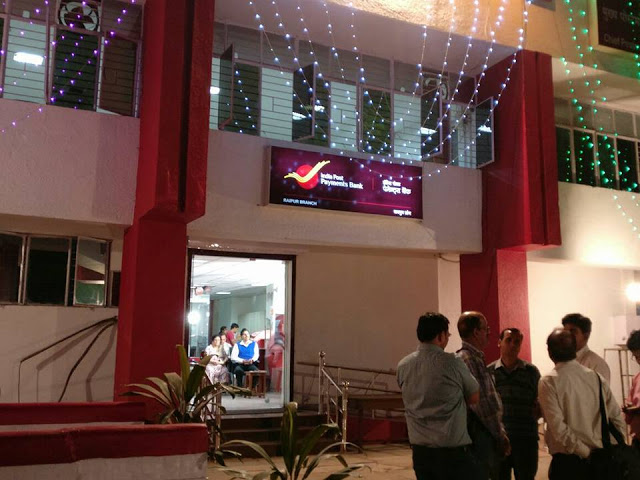 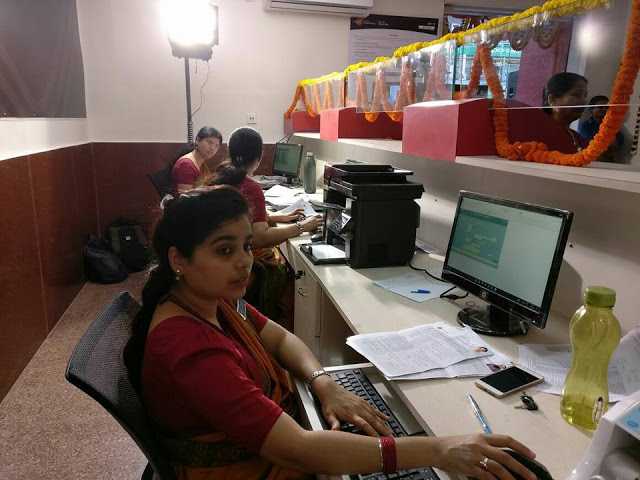 Speaking on the occasion, Shri Jaitley said that about 650 IPPB branches will be opened by September this year and that will have a multiplier impact as far as banking in India is concerned. He said with IPPB, banking at the doorstep will no longer remain a mere slogan, but will become a reality due to huge postal network in the country. He said that financial Inclusion is critical for the socio-economic development of the country, but there are significant gaps in this area and a large proportion of country’s population remain unbanked or underbanked. IPPB will effectively leverage the ubiquitous post office network with its pan-India physical presence, long experience in cash handling and savings mobilization, backed by the ongoing project of IT-enablement, to bridge this gap in Financial Inclusion.

In his address, Minister of Communications Shri Manoj Sinha has commended the hard work done by the Department of Posts in setting up the India Post Payments Bank and hoped that both organizations will work in tandem to take the benefits of government schemes and financial services that are not easily available in rural areas to customers across the country and to the marginalized population in urban and rural areas alike. He said, the objective of IPPB will be public service rather than promoting commercial interests.

Secretary, Department of Posts, Shri B.V.Sudhakar said that the IPPB is widely expected to be a game changer for financial inclusion in the country as the USP of this initiative is doorstep banking, particularly in the rural areas.

As mandated by the RBI, the India Post Payments Bank (IPPB) would focus on providing basic financial services such as all kinds of payments; including social security payments, utility bill payments, person to person remittances (both domestic and cross-border), current and savings accounts up to a balance of Rs 1 lac, distribution of insurance, mutual funds, pension products and acting as business correspondent to other banks for credit products especially in rural areas and among the underserved segments of the society.

Set up us a 100% Government of India owned Public Limited Company under the Department of Posts, it will open around 650 branches in district HQ locations. All 1.55 lacs post offices including the 1.39 lac of the rural post offices will be mapped to the IPPB branch at the district headquarter and function as access points for IPPB. IPPB will usher in state of the art internet and mobile banking platforms, digital wallets and use innovative and emerging technologies to catalyse the shift from a cash dominant to a less cash economy.

While many other banks and financial institutions are working on the same theme, the USP of IPPB will be its ability to ease access and handhold the adoption of new age banking and payments instruments among citizen of all walks of life through the delivery by postmen and Grameen Dak sevaks, savings agents and other franchisees who will take banking to door steps. IPPB thus aspires to the most accessible, affordable and trusted bank for the common man with the motto - “No customer is too small, no transaction too insignificant, and no deposit too little”.

Given ‘in principle’ approval by the RBI along with 10 other aspirants on 19th Aug 2015, IPPB received the cabinet’s approval on 1st June, 2016 and was incorporated as on 17th Sept, 2106. Today it became the second payments bank to launch its operations. Having got its final banking license from the RBI on the 20th Jan 2017 it has commenced operations in record time of 10 days in partnership with the Punjab National Bank, after obtaining all necessary approvals and registrations from the RBI, NPCI etc.

A commemorative stamp and a logo of the new bank were also launched on the occasion. 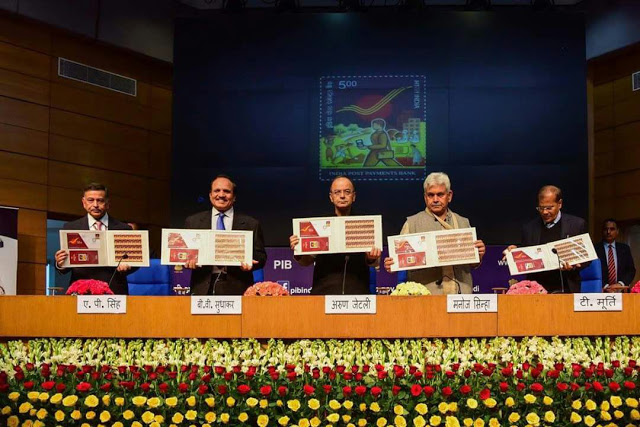 Posted by NFPE at 11:55 AM No comments: Links to this post

I on behalf of NFPE and P-III CHQ and Circle Union UP, convey heartfelt condolences on the sad demise of son of Com. Sri Nath Yadav to him and his bereaved family and pray almighty to give strength to Com.  Yadav and his family to bear this shock and peace to the departed soul

Secretary General, Confederation of Central Government Employees and Workers, vide Circular No. Confdn/TU Camp /2017 dated 18.01.2017, has intimated that Confederation Trade Union Education Camp will be held at Trivandrum (Kerala) from 6th to 7th May-2017 (Saturday and Sunday).

Confederation has allotted quota of 100 delegates for NFPE.

Accordingly the quota is allotted to all affiliates as mentioned below:

All General Secretaries of affiliated unions are requested to allot delegates to participate in the Camp with the direction to them to book to and fro tickets as early as possible to avoid inconvenience.

Reception Committee Volunteers will be available  at RMS office  situated near Railway Station Trivandrum  and Bus  Stand  Trivandrum  from 5th May  morning to 8th May  Morning.

Nobody will be allowed to leave the Camp from 6th Morning to 7th evening. Strict discipline will be enforced in the Camp. Those people who want to visit places should arrange their travel in such a way so that they may attend camp on 06th & 7th May-2017.

With fraternal greetings
Yours faithfully,

Secretary General
Posted by NFPE at 4:23 PM No comments: Links to this post