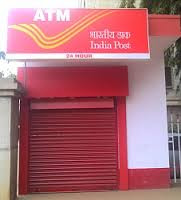 New Delhi: The expenditure department of the finance ministry has sent back India Post’s draft cabinet note seeking Rs.1,900 crore to set up a commercial bank to another wing of the ministry and asked it to first seek the approval of the expenditure finance committee (EFC). The entity is proposed to be named Post Bank of India.
The postal department is among 26 applicants that sought banking licences from the Reserve Bank of India (RBI) on 1 July, part of the government’s initiative to expand the Rs.77 trillion banking industry and widen access to financial services among the 40% of the population that are yet not included in the system.
“Since the proposal has financial consequences, we have told India Post to first approach the expenditure finance committee with their proposal before going for an inter-ministerial consultation on the matter,” said a finance ministry official who didn’t want to be named.
A second finance ministry official confirmed this. He said the expenditure finance committee was yet to receive the note from the postal department. He said, however, that the committee was likely to clear the proposal once it’s received.

“We cannot pre-empt how much money EFC will approve, however I am sure the proposal makes sense because they have such a vast network which they should utilize. The only thing is they have to develop the standards to meet the RBI guidelines,” he added.
Approval of the expenditure finance committee, headed by the expenditure secretary, is required for proposals involving spending of more than Rs.300 crore and the setting up of new autonomous organizations, regardless of the amount.
The postal department, faced with the dwindling of its main business as more people switch to electronic means of communication and courier companies, wants to leverage its extensive reach across India by entering the banking business. It’s currently involved in the financial industry to the extent that it runs post-office savings schemes, besides collecting deposits for tax-free savings programmes.
In its guidelines for new banking licences announced on 22 February, RBI required applicants to prove their eligibility on several fronts—from promoter holding to past experience to business plans. The minimum capital required by applicants for licences is Rs.500 crore, and foreign shareholding in the new banks is capped at 49% for the first five years.
The new banks have to be set up under a non-operative financial holding company (NOFHC), RBI said. They also have to maintain a minimum capital adequacy ratio—the ratio of capital to risk-weighted assets, a measure of financial strength—of 13% for the first three years. New banks also need to list their shares within three years of starting operations.
The finance ministry has been reluctant to allow India Post to enter the commercial banking business.
In order to apply for a licence, the department of posts will have to create a legal entity to segregate its banking and postal businesses, said a second finance ministry official.
“It will have to be a government-owned company or a bank under a statute since a government department cannot become a bank,” said the official, who didn’t want to be identified.
“Added to that, the postal department has no experience when it comes to giving credit. They have only been taking deposits till now. Sanctioning and disbursing credit needs an entirely different aptitude,” the official said. “We had conveyed our views to EY, when they had approached us on this issue,” he added. EY (formerly Ernst & Young) is consultant to India Post’s bid for a banking licence.
A third finance ministry official said it will be difficult for India Post to get a banking licence from RBI since the guidelines call for a non-operative financial holding company.
Besides that, although India Post boasts of a strong 150,000 branch network, a majority of these may not get converted into bank branches in the event it gets a licence, this official added.
“Expertise in (handling) National Savings Certificates will not be enough for giving credit,” he added, making the point that the department has no specialized experience in the business.
India Post had 154,822 branches across the country as of 31 March, the latest data available, the largest for any postal department in the world, and close to 90% of them—139,086—are in rural India. This is more than four times the number of rural branches run by India’s banks.
RBI has clarified that the conditions it has set are merely the necessary ones and that all applicants meeting them won’t be given a licence. The central bank will screen the applications, refer them to an advisory committee and take a final call on licences based on its recommendations.
If the focus is financial inclusion, the focus should be on looking for solutions rather than raising barriers, said Ashvin Parekh, national leader, global financial services at EY.
“Nobody is saying to convert the existing Post Office Savings Bank (POSB) into a commercial bank. Post Bank of India has to be a subsidiary which needs to be registered as a company and the government equity in this new entity could be diluted,” he said. Through the POSB, India Post collects deposits starting as low as Rs.20 with an annual interest rate of 4%.
Naina Lal Kidwai, country head of HSBC India and president of the Federation of Indian Chambers of Commerce and Industry lobby group, said in an interview that though she is opposed to creating any more public sector banks, she supports the idea of the Post Bank of India.
“The postal authority is a very interesting one because of its ability to deliver cash where banks have never been able to reach. To create a post bank, which many countries have done, is quite interesting. So for those exceptions, we could and should look at giving (it a) banking licence,” she added.
However, Kidwai wants the government to reduce its share in the banking system from 70% now to 30-50%, besides which she’d like to see consolidation of the sector.
“We have to fund such banks through taxpayers’ money. These banks can rarely raise money from the capital market. Some of those can actually be merged so that we create fewer banks. So we should see a restructuring of our entire banking sector,” she added.
Posted by NFPE at 5:40 pm No comments:

The permanent account number (PAN) has to be quoted in the income tax returns and for various financial transactions, such as investments, and purchase/sale of property. As such it should be updated at all times. In case of an error in the photo or signature mismatch, the holder must ensure that a new, revised card bearing the same number is issued with the changes.

Application form The applicants have to fill the online 'Request for new PAN card and/or changes or correction in PAN data form' on the NSDL website (www.tin-nsdl.com). The holder must check the box on the left where the change/correction is required.

Documents: It is mandatory to provide identity and address proofs with the change request. Any changes or corrections in the card details should be supported by relevant documents, as required by the income tax rules.

Fee: The fee for processing the change request is Rs 85, besides the applicable service tax. It can be paid through demand draft, cheque, credit/debit card or via Net banking.

> If one loses a PAN card and is applying for a new one, all the columns in the application form must be filled without ticking any box in the left margin. A copy of an FIR must also be submitted along with the form.

> The acknowledgement, payment and documents should reach NSDL within 15 days of filing the online application.

Source:-The Economic Times
Posted by NFPE at 5:39 pm No comments:

LTC TICKETS BOOKED THROUGH WEBSITES WILL NOT BE REIMBURSED – EMPLOYEE STATE INSURANCE CORPORATION, MINISTRY OF LABOUR AND EMPLOYMENT CLARIFIES

Sub: Booking of Tickets for LTC.

Attention is invited on the subjected bringing out the provisions that ESIC has no separate LTC rules therefore CCS (LTC) Rules are applicable to ESIC in toto but with the only exception approved that employees of ESIC can travel by a private airline.

2. As per GoI provisions for booking of tickets for LTC, only two travel agencies namely M/s Balmer Lawrie Company and Ashoka travels are authorized to provide travel tickets. Ticket scan also be booked through official counter/website of the airline and IRCTC website. Bookingof tickets on account of LTC through any private agent/agent’s websites like Yatra, Makemytrip etc. is strictly prohibited.

3. Inspite of clear provisions, cases are being received in this HQrs office seeking clarification/relaxation on admissibility of LTC claims on journeys performed on tickets procured through private agents/websites. It is reiterated that all cases of LTC where guidelines have not been followed for booking of tickets, are to be disallowed at regional level without any reference to HQrs office.

Links to this post
DA FORMULA MAY GOING TO BE CHANGED
New series of Consumer Price Index (Base for calculation of D.A) under preparation :

Ministry of Labour and Employment, Government of India has decided to prepare a new series of Consumer Price Index for Industrial Workers.

For this purpose, Government has set up a Standing Tripartite Committee (STC) to advise the Government on issues pertaining to the Consumer Price Index for Industrial Workers (New Series).

The STC will go into details of various parameters that are taken into consideration for updation of the base year such as the weighting diagram, consumption basket, selection of centres, sample size of establishments for price collection etc.

Government has no specific information about the skilled/semi-skilled worker outsourced by the Central Government /State Governments through contractors not being paid as per the CPI.

However, the Contract Labour Act, 1970 inter-alia, contains provisions for payment of wages to these category of workers.

The contract workers are also entitled to receive minimum wages as notified by the appropriate Governments from time to time.

This information was given by Minister of State for Labour & Employment Shri Kodikunnil Suresh in the Lok Sabha today in reply to a written question.
Posted by Unknown at 23:00