As you are aware the All India Postal and RMS Pensioners Association (AIPRPA) formed at the All India level and its first All India Conference was held in Vellore (Tamilnadu). Com. D. K. Rahate, Ex-All India  President, NFPE and Com. K. Raghavendran, Ex-Secretary General, NFPE are elected as the President and General Secretary of the new organisation. Out of 22 Circles, circle bodies (state Committee) are already formed in 18 circles and the process of formation of Divisional/District committees is going in full swing.

AIPRPA is formed as per the decision of the NFPE Federal Council (highest policy decision making body of NFPE) held at Hyderabad in June 2013. It is the duty of all Circle/Divisional Unions to take initiative to form the Branches of AIPRPA at Circle/Divisional/District levels. (either Divisional level or District level committee may be formed as per the convenience. Postal and RMS pensioners residing in the Division/District may be enrolled as members of AIPRPA)

NFPE CHQ hereby instruct all Circle/Divisional Secretaries of NFPE (P-3, P4, R-3,R-4, Administrative, Postal Accounts, SBCO, Civil wing and GDS) to form Divisional/Circle level committees of AIPRPA in all Divisions/Districts/Circles before 31.03.2015. This decision of NFPE is applicable to all circles and divisions and there is no exemption to any circle or Division.

As a first step for formation of Divisional Units, a meeting of the Postal/RMS Pensioners may be convened by sending notice to the house address of all Postal & RMS Pensioners residing in the Division and in that meeting an adhoc committee with a President and Convenor may be elected. Notice for the first convention is to be issued by the Divisional Secretaries of NFPE unions jointly. Thereafter the adhoc committee shall issue notice for Divisional/District Conference later and elect a full fledged body.

Please treat it as most important and urgent. For Bye-law of the AIPRPA please contact Com. K. Raghavendran, General Secretary, AIPRPA

Links to this post
RTP SERVICE COUNTING – SRM AMBALA
CANCELLED THE ORDER. NO COUNTING OF RTP SERVICE AS REGULAR SERVICE

Click here to view order
Posted by NFPE at 2:10 PM No comments:

Links to this post
AGENDA ITEMS FOR THE DEPARTMENTAL COUNCIL MEETING. CLICK HERE FOR DETAILS
Posted by NFPE at 12:25 PM No comments:

Links to this post
MODIFIED ASSURED CAREER PROGRESSION SCHEME FOR THE CENTRAL GOVERNMENT EMPLOYEE - CLARIFICATION REGARDING.(Click the link below for details)

Photos of the convention are published below. 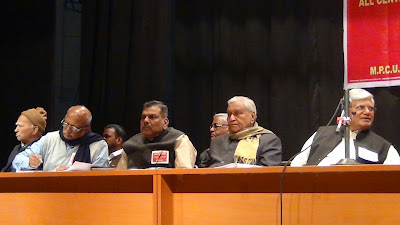 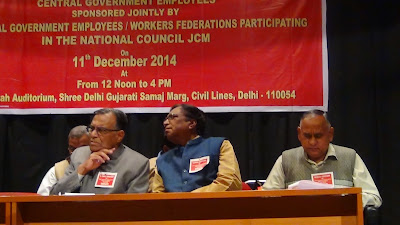 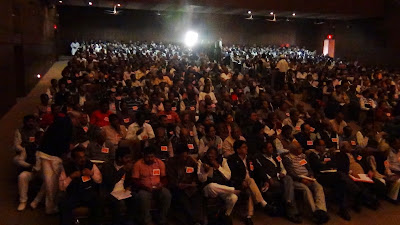 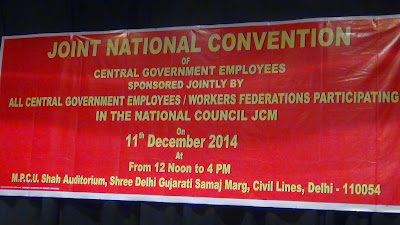 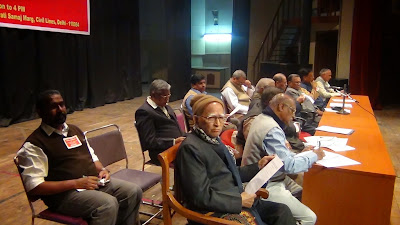 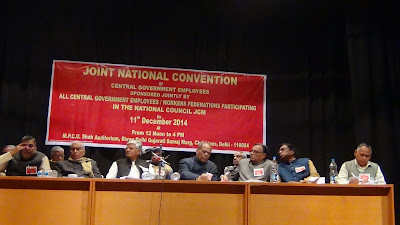 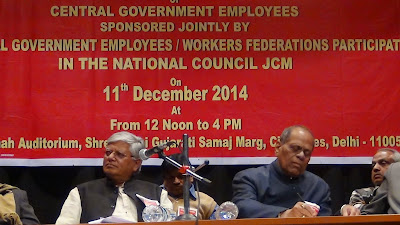 1.  NFPE& AIPEU – GDS (NFPE) has filed a Writ Petition in the Supreme Court praying to (1) give direction to the Government to implement the 1977 Judgment of the Supreme Court to treat Gramin Dak Sevaks as Civil Servants and grant all benefits of regular employees (2) to give direction to the Government to include Gramin Dak Sewaks under the purview of 7th Central Pay Commission and (3) to quash the Gramin Dak Sewaks (Conduct and Engagement) Rules 2011. Senior Advocate Mr. Justice (Retired) M. R. Calla and Advocate Uday Gupta appeared in Supreme Court on behalf of NFPE & AIPEU – GDS (NFPE).

2.  Hon’ble Supreme Court after hearing the argument in Writ Petition ordered to transfer the case to Delhi High Court for a decision after hearing the Government of India, Department of Posts. In the Delhi High Court the Writ Petition No. 168 of 2014 came up for hearing on 19.09.2014. The Department of Posts filed its counter affidavit. High Court adjourned the case to 04.02.2015 granting time for filing rejoinder reply statement.

“It is submitted by Mr. Mukesh K. Giri, Learned Counsel appearing for the Petitioners that Union of India has framed a set of rules called Department of Posts Multi-Tasking Staff Recruitment Rules 2010, by which the Department of Posts (Group ‘D’ Posts) Recruitment Rules 2002 has been superseded. He has drawn our attention that part of the Rules which states as follows:
“Gramin Dak Sewaks are holders of Civil Posts but they are outside the regular civil service due to which their appointment will be by direct recruitment”.

It is submitted by him (Advocate who filed the three Writ Petitions on behalf of some GDS) that in view of the aforesaid declaration under the Rules, the petitioners can agitate their other grievances before the Central Administrative Tribunal”.

5.  After hearing the above submission of the Advocate who filed the three Writ Petitions on behalf of some GDS, the Supreme court adjourned the case to 09.12.2014 to hear the arguments of our Advocate in the Impleadment Petitions IA No. 1 filed by NFPE in WP (C) of 17 of 2009. On 09.12.2014, Mr. Justice (Retd.) M. R. Calla, Senior Advocate, Appeared and argued the case on behalf of NFPE. Our Advocate argued for a direction to the Government to grant Civil Servant status and all benefits of Civil Servants to the Gramin Dak Sewaks. The Advocate who filed the Writ Petition has submitted that GDS can agitate their other grievances before the Central Administrative Tribunal (CAT). Finally the Supreme Court ordered that the grievances of the GDS who filed the three Writ Petition in Supreme court may be agitated before the Central Administrative Tribunal (CAT). (Copy of the Hon’ble Supreme court order yet to be received.)

7.  The above detailed factual position is explained because daily many GDS from all circles are calling up over phone to know the correct position of the Court case. Case filed by NFPE & AIPEU-GDS (NFPE) will be heard in the Delhi High Court on 04.02.2015. The other three Writ Petitions came up for hearing on 02.12.2014 and 09.12.2014 is not filed by NFPE & AIPEU-GDS (NFPE).
Posted by NFPE at 10:40 AM No comments: