CLARIFICATION REGARDING APPLICATION OF FR 49 — REGARDING (Click the link below for details)
http://ccis.nic.in/WriteReadData/CircularPortal/D2/D02est/4_2_2014-Estt.Pay-II-16042015.pdf

RWA ELECTION FOR THE BLOCK YEAR 2015-17.
(Click the link below for details)
http://ccis.nic.in/WriteReadData/CircularPortal/D2/D02adm/er.pdf

Links to this post
AIPRPA GETS REGISTERED UNDER SOCIETIES ACT 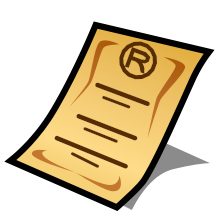 K.Ragavendran
General Secretary
Posted by NFPE at 11:02 AM No comments:

The Department of Posts has denied some media reports that its Money Order service has been discontinued. The Money Order service continues to be available to the common man at the same service charge with the same facility of the money being delivered at the door step of the addressee. The Department in a clarification further said that this service had been made more reliable and fast by communicating information about the money to be transferred electronically between the booking and delivery post office. Thus, the money reaches faster to the addressee. The nature of service remains the same and it is also being called an electronic Money Order or eMO. Department of Posts also has another service offering instant online Money transfer service called as Instant Money Order (iMO), where the receiver can receive payment in cash through Post Offices.
Posted by NFPE at 3:15 PM No comments:

Transfers and postings of Junior Administrative Grade (JAG) officers of Indian Postal Service, Group 'A' dated 13.04.2015 (Click the link below for details)
http://indiapost.gov.in/DOP/Pdf/Postings/Trans_ptg_JAG_cadre0001_13042015.pdf

Shri Ashutosh Tripathi, Member (Personnel) was apprised to revoke the transfer orders issued  in the name of “INTEREST OF SERVICE”to  our P3 Circle Secretary Karnataka circle. He assured  us to do the needful.

Shri. T. Murthy Member (Operations) was met on courtesy call. He sought cooperation of the unions for best results. We reciprocated the same.

Cadre Restructuring proposal is now said to be cleared by Member (P) and waiting for green signal of JS& FA. Member (P) and DDG (Estt) have assured for early forwarding to DoPT, probably within a fortnight.

DDG (Personnel) was briefed about Postmaster Cadre issues, PS Group B Quota & Problems in LSG Promotion especially in Tamilnadu Circle. Due to his busy  schedule, he advised us to meet again next day. We have a plan to meet him on Monday ( 20.04.2015)

DDG (R&P) was elucidated the issue of ASSAM Circle Inspector,Posts  Departmental Quota vacancies. He assured to rectify the mistakes if any.

It is revealed by the DE Section that LGO LDCE Result and IP LDCE Result are getting delayed due to plenty of representations against Answer Keys.

An emergency meeting of the National Secretariat of Confederation will be held at 4 PM on 28th April 2015 at Confederation CHQ (NFPE Office) North Avenue New Delhi. The agenda will be as under:

Links to this post
RATE OF DEARNESS ALLOWANCE APPLICABLE w.e.f. 1.1.2015 TO THE EMPLOYEES OF CENTRAL GOVERNMENT: REG: ORDERS ISSUED BY DOP.