All the affiliates of NFPE  from neighboring  Circles  are requested to make  maximum efforts to mobilize  the  members  to participate  in Dharna and  demonstration as [per  quota allotted to them as mentioned below:

On the call of NJCA, the Notice for Indefinite Strike from 11th July, 2016 has been served at all level on 9th June-2016. The Government of India does not seem to be serious about implementation of Pay Commission recommendations after makng modifications as sought by NJCA. Therefore all affiliated unions of NFPE are requested to make all efforts to mobilize all employees to participate in the strike and make it historic success.

On the call of Independent Federations countrywide General Strike will be conducted on 2nd September -2016 against the anti-people economic policies of Government of India. More than 15 crores workers will participate in the strike. All affiliates of NFPE are requested to make all efforts to make the Strike Grand Success in Postal Department.

Thanking you.
Yours Comradely,

Posted by NFPE at 12:16 PM No comments: Links to this post

The Federal Councilors allotted as per quota received from the affiliates is mentioned below:

Federal Executive: Federal Executive of NFPE will be held at District Library Auditorium, Pan Bazar Guwahati (Assam) on 7.09.2016 at 10A.M. All NFPE Office Bearers and General Secretaries are requested to attend the meeting in time.

Thanking you.
Yours Comradely,

Secretary General
Posted by NFPE at 5:01 PM No comments: Links to this post

ALL AFFILIATES AND C-O-Cs OF CONFEDERATION

It is once again requested to follow and implement the decisions and instructions of NJCA – See NJCA Circular dated 4th June 2016 below.

Posted by NFPE at 2:22 PM No comments: Links to this post

MAKE IT A GRAND SUCCESS

All Affiliates and C-O-Cs are requested to ensure maximum participation especially from Delhi and nearby states.

M. Krishnan
Secretary General
Confederation
Posted by NFPE at 2:01 PM No comments: Links to this post

The NJCA (Railway, Defence, Confederation & Postal) has decided to organize  a massive demonstration and Dharna on 24th June-2016 at Jantar Manter, New Delhi in support of 11 points of Charter of demands of Indefinite Strike  of all Central Government  Employees from 11th July 2016 on Pay Commission related issues..

NFPE has been given quota of 2000 Comrades to participate in demonstration and Dharna. It has been decided that the Comrades from Delhi and surrounding Circles will participate in the same. Accordingly the quota is allotted as under:

All General Secretaries and Circle Secretaries of respective Circles are requested to mobilize Maximum number of members to participate and to  make the programme a grand success.

All should be instructed to come with banner, flags and play cards.

Secretary General
Posted by NFPE at 1:15 PM No comments: Links to this post

DHARNA PROGRAMME DATED 17.06.2016 ON CBS/CIS AND FINACLE RELATED PROBLEMS ON CALL OF AIPEU GROUP-C (NFPE) CHQ: A GRAND SUCCESS.
On the call of AIPE Union Group-C (NFPE) CHQ Dharna Programme dated 17.06.2016 on CBS/CIS and Finacle related problems was conducted in all Circles in front of all CPMGs Offices by the Circle unions was a grand success.
Prior to it Dharma programme was conducted in all Divisions successfully on 10.06.2016.
Congratulations and revolutionary greetings to all Circle Secretaries, Divisional Secretaries, Branch Secretaries, CHQ Office Bearers and all members who gave their contribution to make both programmes a grand success.
The Postal administration has also awakened and started action to control the damage. It has been reported in an informal meeting with Secretary Post along with Member (Technology), Member (Banking) and Member (Personal) that process of increasing bandwidth is going on and most of the places bandwidth has been increased. It was further told by Member (Tech.) that two additional Servers have been installed at Mysore and if required more additional Servers will also be installed.
Our agitational programme have forced Postal Administration to come in action and to make efforts to improve the position.
Once again it is proved that we can achieve our demands or improve our working and service conditions by way of struggle.
We have been asked by the Postal Administration that if any problem persists in any office, it should be informed  either  to Secretary General NFPE, General Secretary P-III, or Director , CBS Sri Sachin Kishore with the name of official with his mobile number and name of PO  so instant action can be  taken to rectify the same.
Once again on behalf of P-III CHQ, and NFPE HQ, I convey my thanks and revolutionary greetings to all Comrades who made the agitational programme a Grand Success.
AP Circle 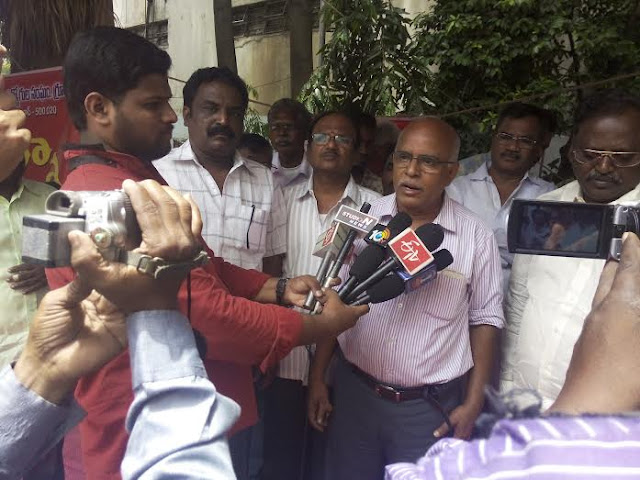 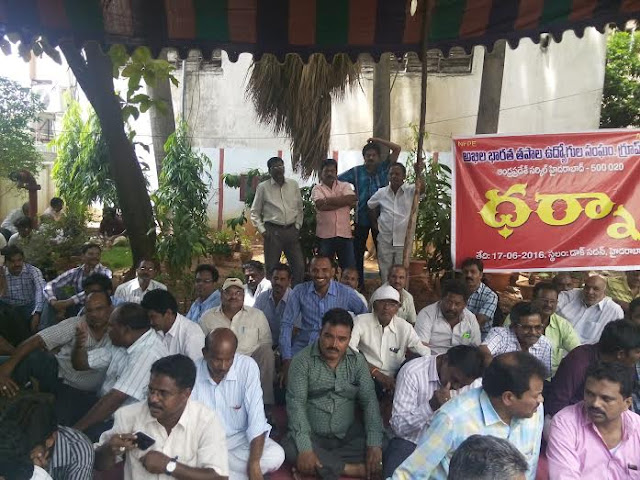 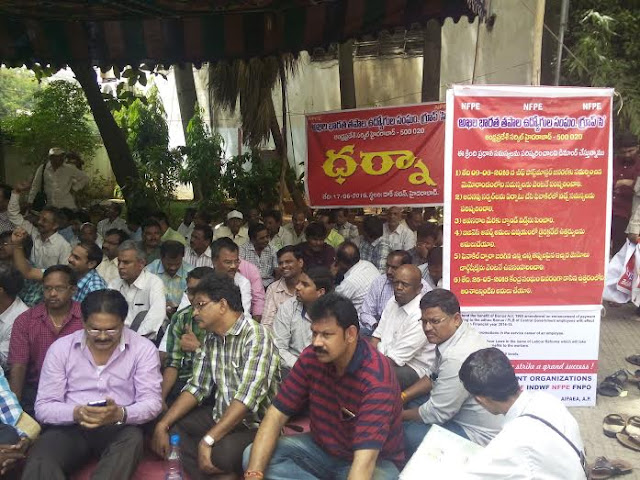 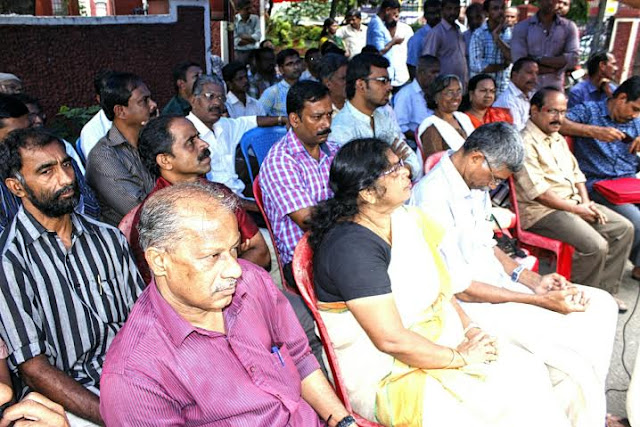 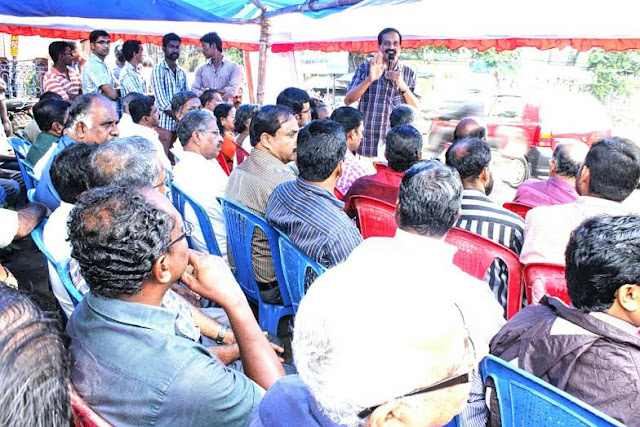 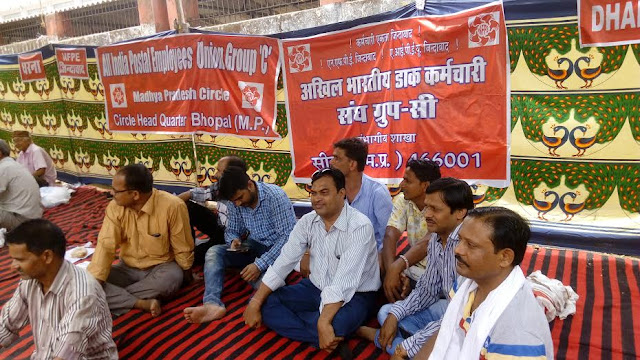 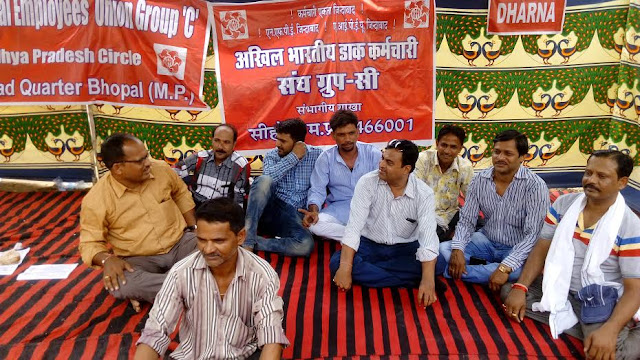 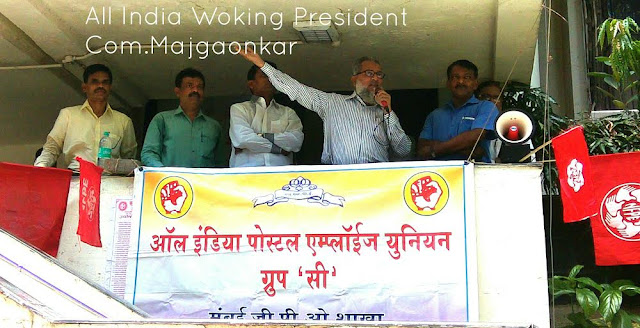 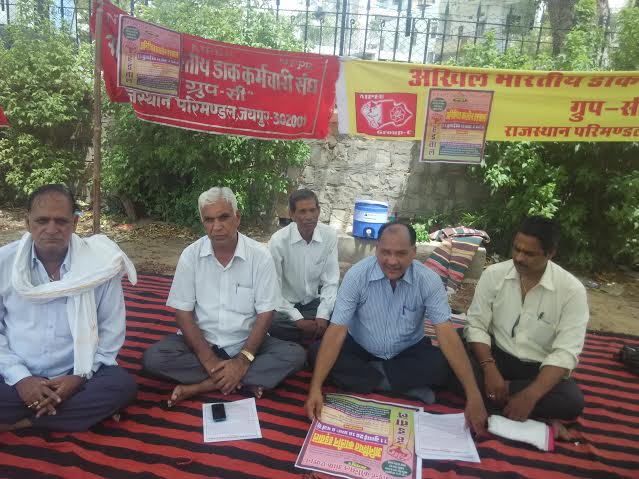 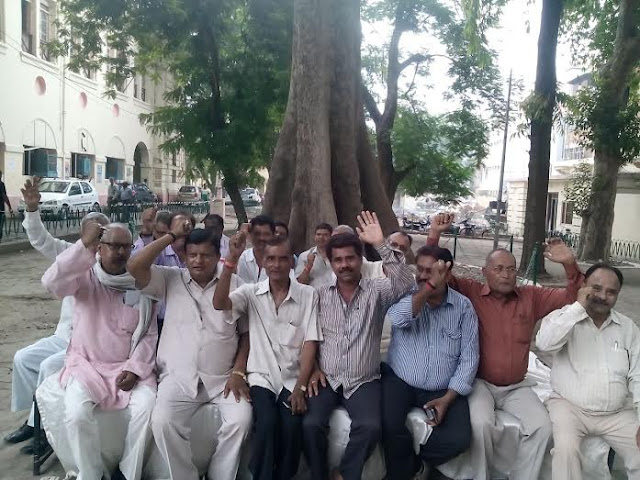 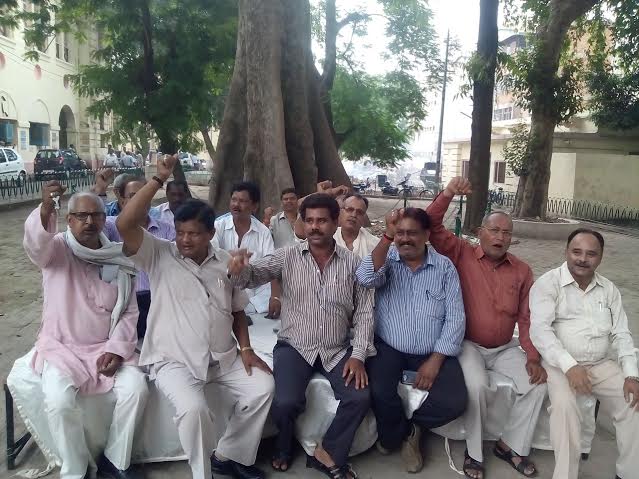 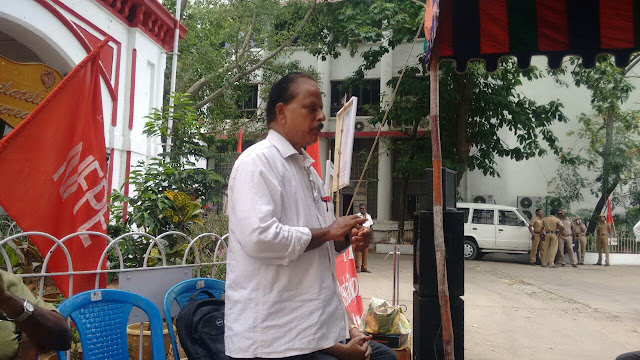 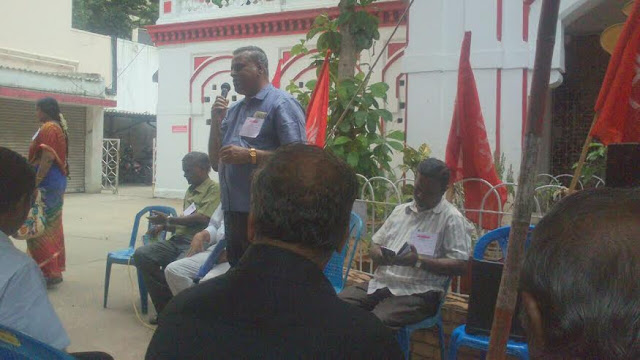 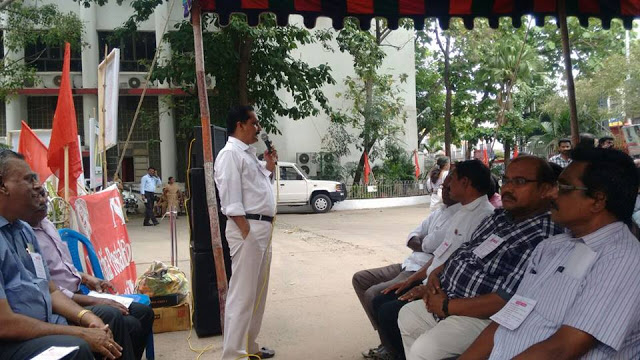 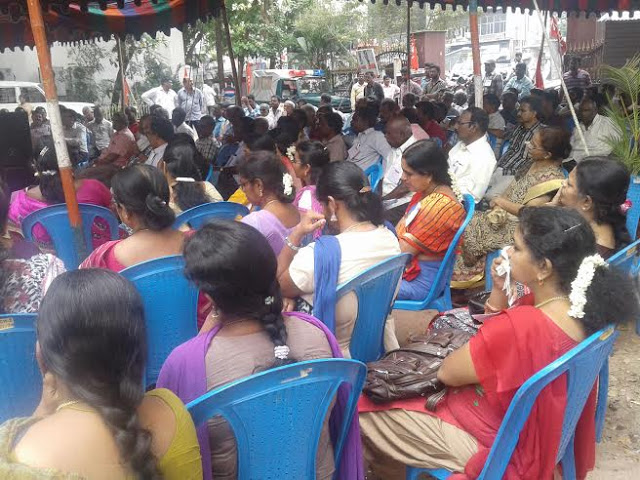 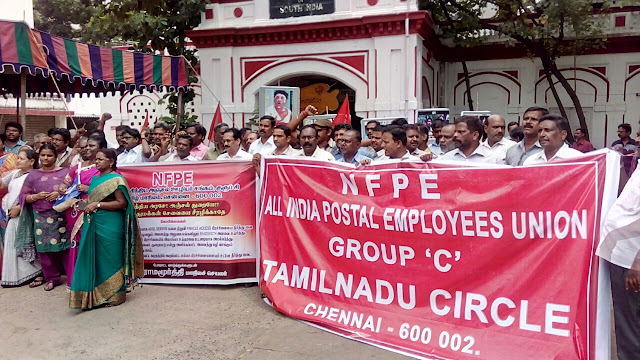 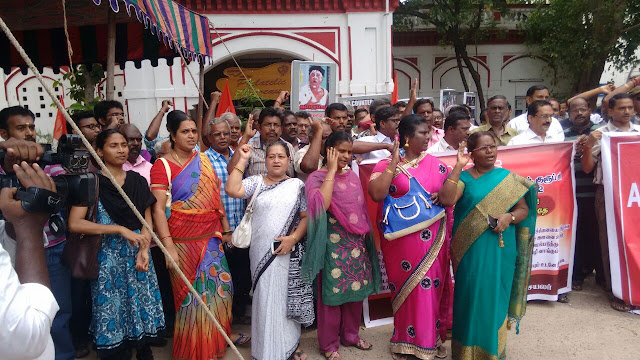 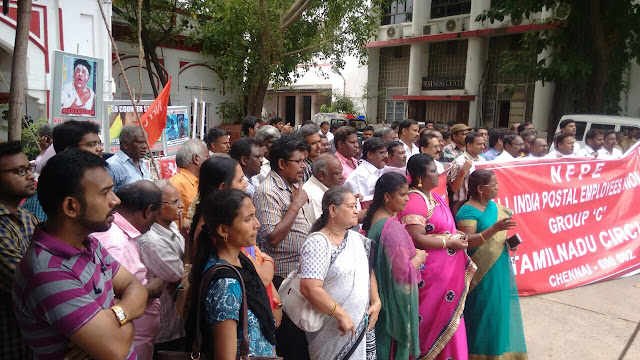 Posted by NFPE at 12:18 PM No comments: Links to this post